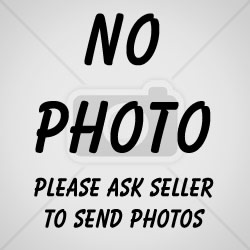 Good/fair corvette. Runs just fine, but could use some TLC. Perfect and easy starter for a project car (a little work and you’ll have a very nice corvette) or drive as is and still look good.
I’m not a mechanic, but it drives. I just don’t drive it enough to justify keeping it. Nor do I have any time to update or tend to it myself.

Some of the things that may need updated:
-RPM reader doesn’t read (I think it’s just a connection issue)
-Not really sure if the other instruments work (like clock, oil pressure, and whatever else there is-I just enjoy driving it, and never paid attention to those things)
-Prior owner cut out radio and added a CD player
-Just recently I hit the brakes pretty hard and it pulled to the left, again no time to investigate
-A couple of times I’ve found engine coolant in one spot on top of the motor? again, no time to investigate
-paint chips
-a few interior cracks or tears (top dash biggest one)
Those are the major issues, along with a few minor things that aren’t significant enough to remember at this time.
Even with these things said, in all honesty, the only issues I’ve had with this car is the battery going dead from lack of driving. Other than that, it runs as well as a 46 year old car can that’s actually been driven.
Speaking of, I will also tell that the odometer is not accurate. I changed out the speedometer cluster ( I thought it needed replaced, but ended up being the cable instead) so the actual miles are unknown ( I never thought I’d sell it, so I didn’t care to keep track, but I bout it with 91,000 miles, and have barely drove it, so less than 100,000 with no doubt.

nice daily driver, runs, drives, and looks good. 9000 obo. I have no idea how to post the pictures, if interested text me your number and I'll send some to you. 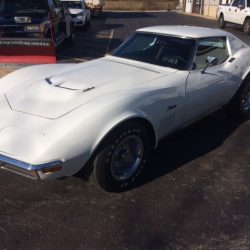 Other cars listed by mainst