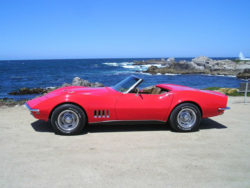 * Optional transistor ignition (as shown on tank sticker) comes with car, but not currently installed

* Car was redone about nine years ago and still shows well, although not perfect. Less than 2,000 miles on it since completion. I’ve owned the car for about eight years. I’m in my mid-sixties and drive it very little, but start it up regularly.

* Built in August 1968, last month of production year. Serial number 28164 (out of 28,566 Corvettes built for 1968). Late model year ’68 Vettes included improvements that were made for 1969 models, such as the following, among other things:
(1) relocating latches for seats to make seats easier to flip forward,
(2) adding interior pull handles to the door panels,
(3) adding frame supports at rear “kick-up” of frame.

Being an August ’69-built car is also why the Saddle interior was available as a special order item, which as stated above, was actually a 1969 model option. Buying an August-built car is as close as you can get to a ’69 due to the updates made on 1968 models.

* Car was originally British Racing Green, but was stripped and painted red about 9 years ago.

I may take a partial or multiple car trade for something cool. Vette, 55-56-57 Chevy, Camaro, Chevelle, Challenger, GTO, etc 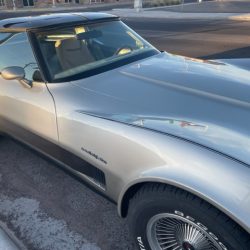 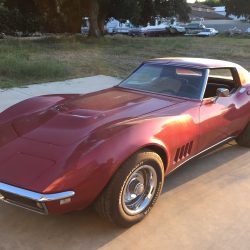 Amazing survivor car with 47000 original miles.. it is an all numbers matching, 427 engine, 4 speed transmission car with power steering. The car has been mec... 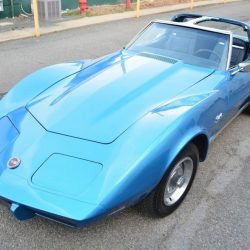 Other cars listed by Vettelover