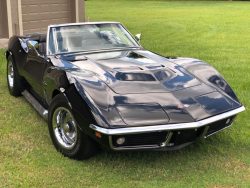 The engine (and it’s all about the engine) was rebuilt by ATK High Performance in Grand Prairie, TX in 2010 and has approximately 4,000 miles since the rebuild. The Engine Block and Head numbers were preserved in the rebuild, as well as those on the Muncie 4 speed transmission. The engine and transmission are “Numbers Matching” to the VIN.

This was a low spec car with manual steering, manual brakes, manual crank windows, a manual 4 speed Muncie and Posi traction rear axle. The original owner did spring for one big option and that was the Factory A/C. The cost of Factory A/C in 1969 was about 10% of the price of the car or around $428. GM sold only 2,072 of the 1969 L68 Corvettes with the 427/400hp engine and when you add the A/C option, the combination of the two reduces the total number of 69’s that were built like this car. Today that A/C system adds approx. $4,000 to the current value of the car.

You will love the rumble of the side pipes and the classic good looks of an early C3. This car runs strong, shifts great, and looks great with its new, beautiful Tuxedo Black paint, black leather interior and black vinyl convertible top. If you look at the Trim plate it will show that the car was originally built with ZQ4 Black vinyl interior and painted 983 Fathom Green. It is now 900 Tuxedo Black paint and 402 Black Leather interior. Both of these changes are period correct for the 69′ Vette. This car should continue to go up in value and will be a fun ride along the way.

In 2010 I entered the car into the Lone Star Corvette Classic Car show at the Texas Motor Speedway, along with 300 other Corvettes. It won Second Place in its division, only to be beaten by a well-appointed Monaco Orange 1969 Corvette coupe (Trailer Queen).

In July of 2019, the car was judged and scored 97/100% and won an award in the 427 Concours Modified Division at the NCRS Annual Convention in Greenville, SC. This was also the 50th Anniversary Celebration of the 1969 Corvette and a National Judging event. Discussions with several NCRS Judges revealed that with a little work the car should be able to qualify for an NCRS 2nd Flight Award, if you were so inclined to pursue it.

The car is sold with a 1969 Corvette Assembly Manual and a Book of Restoration Receipts, which includes a Record of Ownership as shown on copies of titles and registrations for each owner. It shows the dates owned, restoration receipts by date and amount and what they paid for the car when they owned it. It also comes with a Professionally designed Car Show Banner, summarizing the specs of the car. 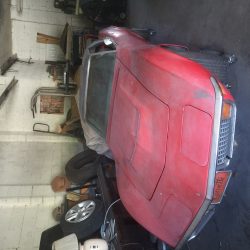 Corvette Diamond in the Garage

1971 Corvette convertible with removable hardtop. Car has been garaged for over 20 years and is not in working condition. Automatic transmission, factory air co... 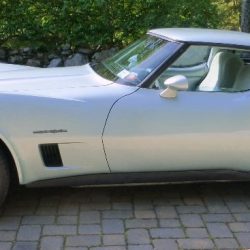 This is an original, unrestored car, it has never been repainted.The color is the rare silver/green. I have owned it for 34 years, maintained by the same mechan...

Other cars listed by Ddepoincy